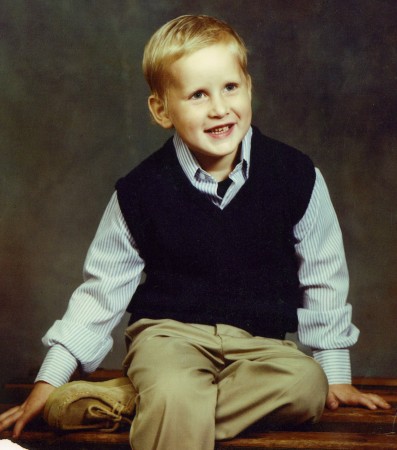 David’s House is the dream of a little boy named David Cyr who passed away in 1984 after a three-year struggle with acute lymphocytic leukemia.

During David’s frequent visits to the children’s hospital, at that time in Hanover, NH, his father, Dick, met many parents who slept in their cars or in chairs in their child’s hospital room, unable to afford any length of stay at a nearby hotel and unwilling to leave their child’s side. Likewise, each time David was discharged, he begged his parents to take the other kids in the pediatric departments with them to their safe, comfortable home in nearby Vermont.

For three years life went on this way. Dick met frustrated, exhausted parents and dealt with David’s illness the best he knew how; for his part, David helped. In and out of the hospital, Dick told us, David never lost his love of life or his ability to brighten the days of those he met.

It was 1984 and David’s doctor told the Cyrs that David had just months left to live. The boy’s parents had heard this before, but this time, Dick could feel that it was true. Their home was nearby – a twenty minute drive – but in such times, any distance is too far. Exasperated, overwhelmed, and feeling the frustration he had seen in so many other parents, Dick asked the doctor, “Why isn’t there a place for families like ours to stay?” There had been talk of such a place, the doctor told them, but nothing had ever come of it.

Within a week of David’s passing, the Cyrs and their friends and family had already begun raising money for David’s House. The seed money from which this wonderful organization has grown was David’s own $300.78 (in spare change, allowances, and birthday money stashed around the house). Whenever Dick had asked him what he was saving for, David replied, “For a special reason, Dad.” David’s House opened its doors to guests on January 20, 1986 and since then, that “special reason” has served over 16,000 families from around the world!

When the hospital’s pediatric services moved from Hanover to Lebanon in 1991, the Board of Directors of David’s House decided to launch a capital campaign to build a new home on land that the Medical Center agreed to lease for $1 per year. On May 9, 1994, the current David’s House welcomed its first guests. A two-minute walk from the hospital entrance, David’s House was designed specifically to not look like an institutional building and instead to feel like a cozy house with tons of windows for natural light, welcoming colors, and comfortable furnishings.

David’s House is a grassroots organization that does not receive state or federal funding; because of the support we receive from our community, we are able to provide support for families 365 days/year without ever charging any fees.

Who Stays at David’s House

Since January 20th, 1986, over 16,000 families from 42 states, 2 US territories, and 30 countries have called David’s House their home-away-from-home. Countless others have used the house on a day-guest basis–for a shower, a nap, a meal, or any other service we provide apart from an overnight room. We provide so much more than a bed to sleep in, a kitchen to eat in, and quiet areas to find respite in – we are a safe, peaceful environment filled with compassionate staff, and we foster connections among families that can result in lifelong friendships and support networks.

Our twice-yearly newsletters include general updates, messages from key members of the organization, guest stories, upcoming events, and other warm fuzzies.