It’s amazing how grown up my boy looks now! David’s House really is his home-away-from-home; Gabriel thinks he owns it! He has stayed here for 2 1/2 of his 7 years. We were told by many he would probably never walk, but he started walking last year! He proved it by leading staff on a merry chase around the house. Thank you for everything! -Amy Dolloff (Gabriel’s mother)

Sueann developed HELLP syndrome while she was pregnant and had to have a C-section at 27 weeks. Baby Jocelynn weighed 1 pound, 12 ounces at birth and was 13 inches long. Her lungs and brain were fine, but she had a heart murmur that had to be treated with medication. Sueann spent two months at David’s House while Jocelynn continued to grow stronger before going home. When Jocelynn returns for checkup and visits, she always stops by David’s House so we can see how much she’s grown. 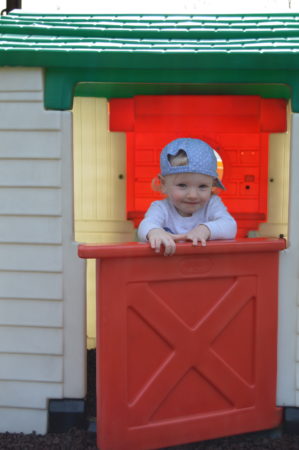 Finding out Benedict would have to be born early was difficult, finding out he would have to stay longer than “mom” was even harder. Finding out that there is a special corner of the world named David’s House made all this much more bearable. One of the nurses recommended we look into the house when they found out we lived over an hour away and had six other children to care for. The staff was extremely welcoming and inviting. David’s House is amazing and it brings a tear to the eye to think of all the house means to so many. -Martinez Family 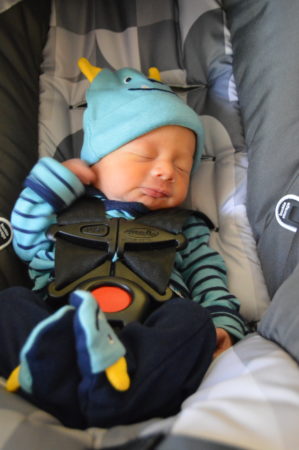 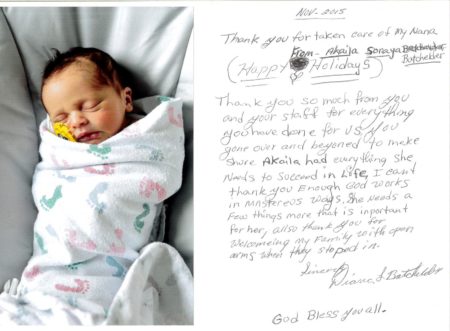 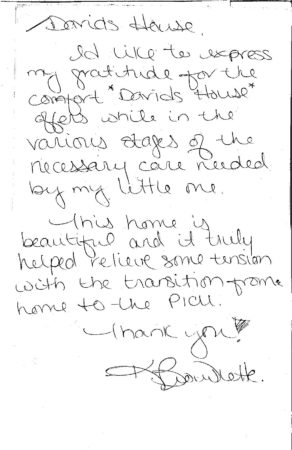 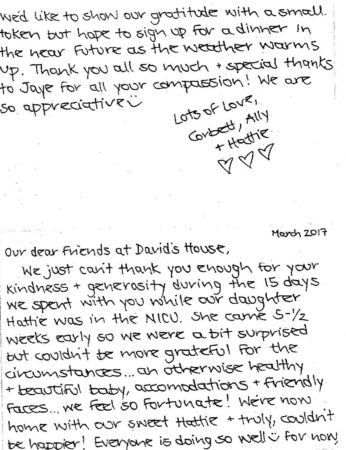 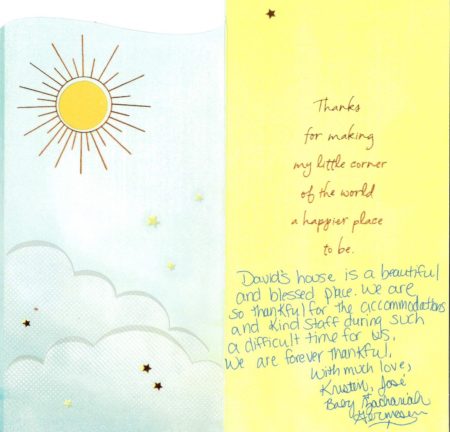